The church of Saint Martin, with a nave and an apse, shows evidences of an earlier construction than the one presented on documents. The removal of the ruined plaster revealed the parament of the sides and of the façade. This shows the typical wall structure of VIII century, made of pebbles disposed in herringbone style.
Other parts of the building remind us of later architectural models (XI century) also used in other medieval churches of the Serchio Valley.
The façade has a simple structure and it is turned toward west, like every church of the period.
The portal is formed by an architrave sustained by two shelves and by a stone round arch.
The building was uplifted and the apse was replaced by a new squared sandstone structure. There are also two single-lancet windows with falcate incisions that date back to the XI-XII centuries.
The bell tower has been built recently.

Inside the church it is to mention the presence of a painting of 1786 representing Saint Martin and the poor man, among the Saints Paul and John. 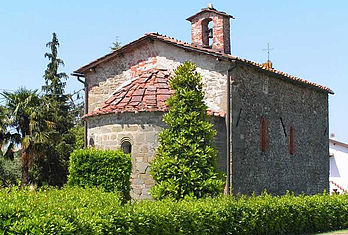 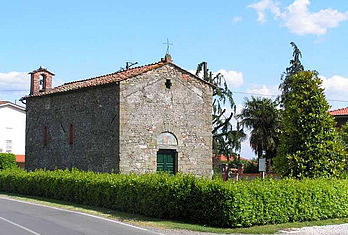