Talking about maize means tasting the past and proudly discovering the simplicity and the deliciousness of tuscan cooking. Above all it means going back to the times when the maize was manually picked and then flaked in the courts. The ears were hanged on the façades of the houses and then "husked" with the "bushel" (staio: unit of dry measure), usually in the evening and along with friends and relatives.
The cultivation of maize is possible only in the plain, along with others sowable cultures, thanks to irrigation channels and ditches. The culture of the maize is the most widespread even if, during the years, the low profit has turned the attention of the agricultures toward other cultivations more profitable. The present cultures, not so few, give an excellent yellow flour used in many ways.
We remember the famous FARINATA, dish made of vegetables and yellow flour, and the inimitable POLENTA, the so-called "bread of the poors", greatly revalued in modern times and called "queen of the canteen".

To prepare the polenta we have to sprinkle the flour in hot salty water, and stir it for 40 minutes (for 6 persons we use 2 litres of water and 500 grams of yellow flour). It has to become smooth and firm. Then, we tip it on a wooden board and.. Enjoy your meal! This dish can be accompanied by chicken, rabbit, game and dried salt-cured cod.
We can use the polenta also to prepare savoury appetizers: croutons of fried or roasted polenta with sauces.
Typical dishes are the "matuffi", also known as "pallette", a tasty polenta accompanied by tomato sauce and cheese. Polenta is cooked for 40 minutes, then dipped on a large container and seasoned with tomato sauce and cheese.
With this flour we can also prepare cakes and biscuits. A tasty cake is the modern version of the maize bread candied with raisins.

Spelt is an ancient cereal already known and appreciated in roman ages. Disappeared almost everywhere, it survives in Garfagnana where it is husked in old stone mills and it is generally used to prepare soups and inimitable cakes with a spicy taste. Nowadays, with the spread of natural, vegetarian and macrobiotic cooking, spelt begin to spread all over the plain of Lucca, and not only there. In particular, it is vastly used in the territory of Capannori.
In the traditional cousine spelt is used in many ways, but the most usual is for soups (farro soup). For this specific use, the spelt of Garfagnana has peculiarities that other spelts from other places do not have.

In order to guarantee and protect the origin of spelt, the Territorial Association of Garfagnana has required and obtained the "IGP" denomination and then constituted a committee for the control and the promotion of the product. These and other strategies have been chosen in order to enhance these typical productions and to protect the consumers.

The tradition of the chestnuts flour, commonly called "neccio flour", has ancient origins in the territory of Garfagnana and it is adopted in recipes as the grain one is in the plain area.
Used mainly for the production of polenta, this flour is also used in other ways. The flour, dissolved in water and cooked between two metallic plates, give the NECCIaccompanied by ricotta cheese and cold meats. Kneaded with water, walnuts, orange peels and oil and cooked in a oven, it takes the name of CASTAGNACCIO.+

The taste of this flour derives from the "metato" (little rural building) in which the chestnuts were stored and dried. In the "metato" chestnut logs are burned in order to release a flavour and dry the chestnuts. After 40 days the chestnuts are dry and, once grounded, here you have the "flour of neccio of Garfagnana".

Honey, differently from cane or beet sugar, is an easily assimilable aliment that, from the hive to the kitchen, is not refined in any way. It is energetic and, from the antiquity, it is considered to be a powerful remedy against affections. The millefiori honey (made of more than a variety of flowers) of the hills of Compito and Garfagnana has peculiarities that reflect the flora of these areas. The monoflora honeys (made of only one kind of flower) of Lucca can be divided in: chestnut honey, indicated against afflictions of the respiratory tract; heather honey, with diuretic properties; acacia honey, used by diabetics for its high level of fructose.

The Garfagnana milk is selected with care and commercialized in all Tuscany from the cattle stations of Garfagnana. The sheep's milk produced in the territory of Lucca, on the other hand, is totally converted in cheese by the farmers. The sheep's milk cheese is fat and oily, hard or semi-hard and fresh or mature according to the curing. This cheese is perfect from every point of view and can satisfy all palates.

We have to mention the "cannellini" beans of San Ginese, a typical product of Capannori. They were originally cultivated for family use but the production, favoured by the ground, grew and permitted the distribution of the produce on the market. This bean is appreciated and vastly requested. 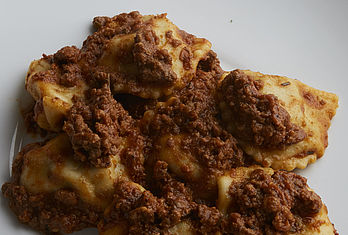 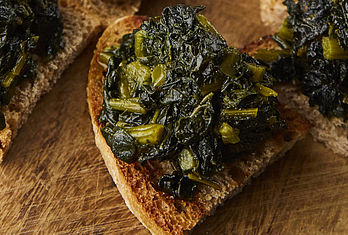