Palazzo Boccella was built at the beginning of the sixteenth century by Enrico Boccella, a good friend of members of the Buonvisi family, owner of many estates in and around San Gennaro.

There are no descriptions of the first centuries of existence of the building, up until Cesare Boccella was called by Leopold II, Grand Duke of Tuscany, to be his minister of education. During his term between 1849 and 1854, Boccella intended to fuse together the universities of Pisa and Siena, but the Grand Duke opposed the project and ordered Boccella to stop. It is said that the refusal and impossibility to put forward his ambitous plan led Boccella to retire into private life in his palazzo in San Gennaro.

In the twentieth century the estate was acquired by the Fatinelli family, giving a new purpose to the building. The stables were converted into wine cellars, the rooms once destined to the help became the place where to breed silkworms and let grapes dry out. The main floor was tranformed into a school for all the children and adults of the village.

The Municipality of Capannori bought the estate in 1998, and conferred it to the Fondazione Palazzo Boccella, a foundation born with the clear intent of preserving and restoring the building, and also making it alive again hosting many cultural and promotional activities.

Today Palazzo Boccella has its original splendour and it hosts MADE, a school of management of hospitaly and promotes initiatives in the field of healthy nutrition.

Palazzo Boccella hosts cooking seminars by internationally known cooks, wine and oil tastings and many other events related to local produce and nutrition. 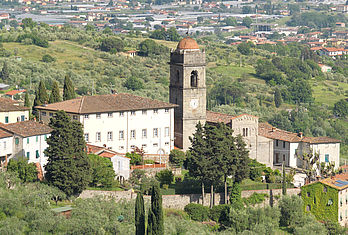 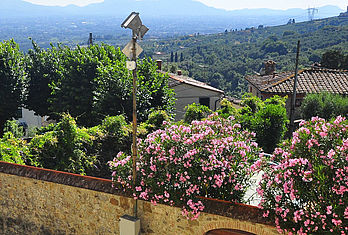 Part of "Sposarsi in villa".