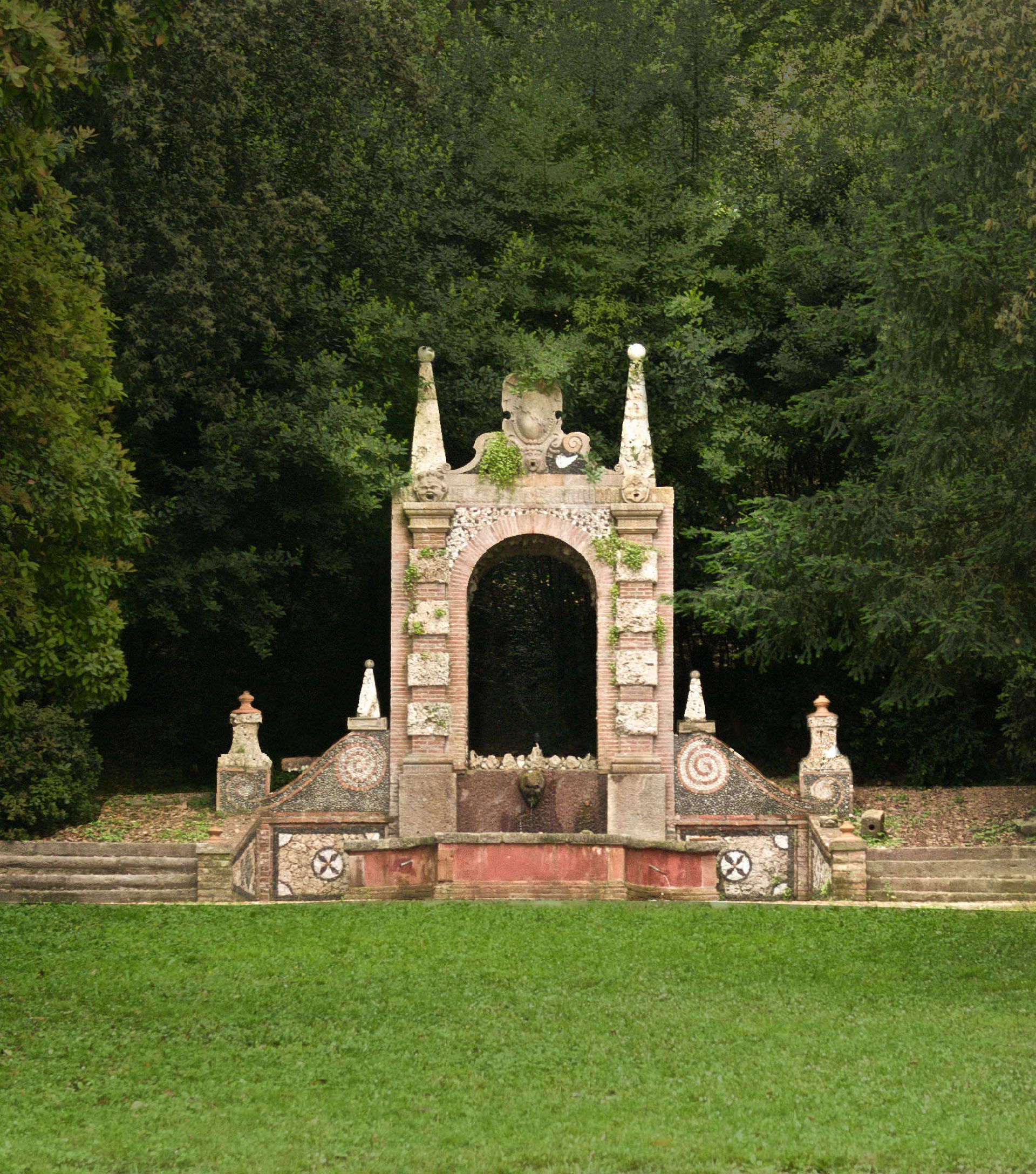 In 1860 the park was modified in English style while maintaing the traditional Tuscan features that it used to have.

The villa stands at the end of a long path, after a beautiful gate and a sloping garden embellished by a central round fountain. The villa is surrounded by a park where we can find ancient trees, flowerbeds, little paths and two valuable nymphaeums (the one situated in the eastern area is uplifted and decorated with mosaics while the other, located in the northern area of the park, has a more complex structure).

The villa has a cubic shape, four floors and a pavilion-like roof. The entrance path is flanked by cypresses and leads to the main door. The double flight of steps on the front façade is decorated with banisters and rustic mosaics and leads to the main entrance. The chiseled stone doorway is surmounted by the Tegrimi’s coat of arms. The doorway, the moldings and the string course are made of stone and stand out on the plaster, giving the effect of movement. The inner central hall is embellished by eighteen-century frescos.

Behind the villa there was a three vaulted portico which was curtained in the last century.
At the end of the path, before the entrance gate and in front of boxwood bushes, there is a little semicircular square with stone benches and pillars. Two paths bi-fork here and reach the main entrance flanking the circular grass square with pool and trees.

Behind the villa there is a rectangular meadow with stone benches, surrounded by holms. A grass slope enclosed by stone walls and little fountains leads to a fountain decorated with  mosaics.
Another polychromatic fountain  is embedded in the wall that divided the garden from the kitchen garden, next to the villa. The gate which opens on the same wall in sustained by pillars in the rocaille style. In the garden we can find magnolias, cedars, palms, holms and a plane tree behind the villa.
Next to the villa there also are a dovecote, the lemon-house and the chapel of S.Francesco built in the seventeenth century.

Today villa Minutoli has changed its owner and it is called “La Tenuta dello Scompiglio”.
It covres an area of 200 hectares, 50 of which correspond to the main nucleus. It includes the secular park, agrarian grounds, farmhouses, woods and transition areas between groves and terracings that have an architectonical function. The estate was a self-sufficient farmhouse and the main cultivations were olives, vineyards and fruit trees.