Part of "Sposarsi in villa"

In 1649 Alessandro Massei, a nobleman from Lucca, bought the estate at an auction from the Santucci family and immediately ordered renovation works to make the villa worthy of a noble family.

Over the following centuries, the villa changed hands a few times and from the historical registry of Lucca we know that in 1843 it was a property of the Guidotti family. During this time, the building was decorated with frescoes in the style of the time, as it was customary among the noble familirs of Lucca during the reign of Elisa Baciocchi, sister of Napoleon Bonaparte.

Once the Guidotti had no heirs, the Villa went on to Sinibaldo Sinibaldi, first, and the powerful Guinigi family, later. The latter donated the complex to the Capuchins monks, that made some modifications to accomodate the villa to their needs, also building a whole new dormitory and expanding the previous chapel to a church for the community.

In 1995 the monastery was closed and the Grossi-Cervelli family acquired the property. Thanks to them, the frescoes have been restored to their original beauty, and the villa, the lemon house and the garden brought back to their original spendour. 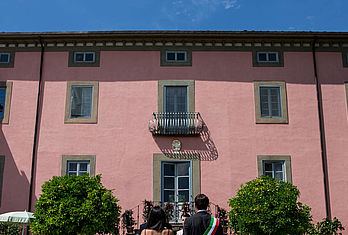 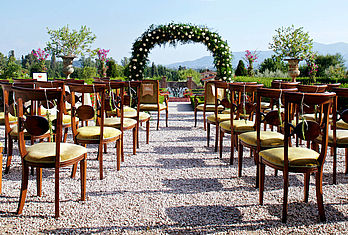 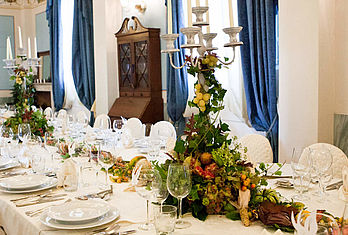 Villa Daniela Grossi is part of "Sposarsi in villa".